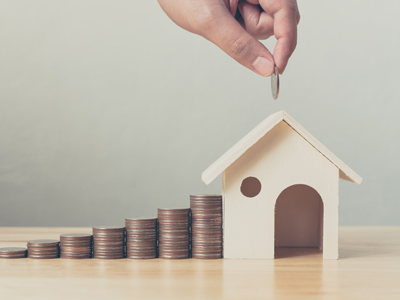 Buying a house later this year? Well your LBTT tax holiday is about to suffer the same fate as your summer getaway one. It is being axed. The Scottish Government has announced in their Budget 2021-2022 today (Thursday, 28th January, 2021) that the change to the residential Land and Buildings Transaction Tax (LBTT) nil rate band, introduced in July 2020, will not be extended.

For purchases completing from 1 April 2021 onwards, the ceiling of the nil rate band will return to £145,000 for residential properties and all other bands will return to the previous rates.

There is one piece of good news coming out of this Budget. First-time buyer relief will continue to be available which has the effect of raising the LBTT nil rate band to £175,000 and results in a reduction of tax of up to £600 – but only for first-time buyers.

Additional Dwelling Supplement (ADS), the “second home” tax, is charged at the rate of 4 per cent of total purchase price, for all relevant transactions above £40,000, and is payable by the purchaser in addition to LBTT.

The ADS rate will remain at 4 per cent (notwithstanding that the corresponding tax in England is charged at only 3 per cent). The Scottish Government don’t seem inclined to reduce the rate here. They do seem more receptive to calls for change regarding other aspects of the ADS though, including:

However, the Scottish Government has said that legislative proposals to address these concerns will not be looked at until the next Scottish Parliament.

The Scottish Government has decided to reduce the Basic Property Rate (‘poundage’) to 49 pence, the same as in 2019-20, which is said to save Scottish ratepayers over £120 million compared with previously published plans.